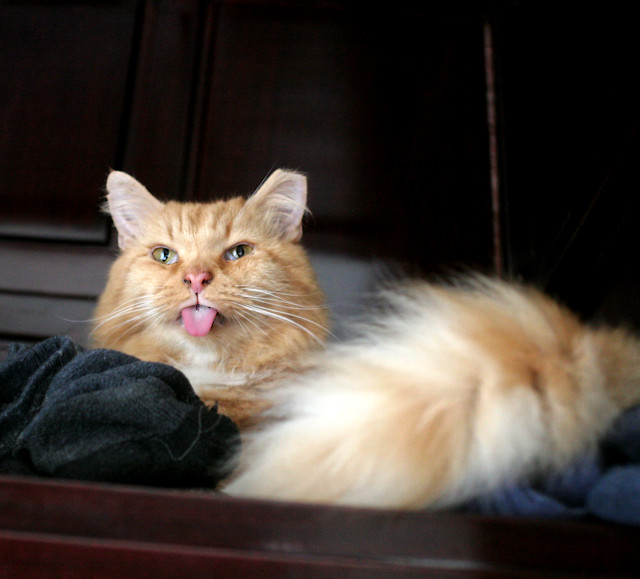 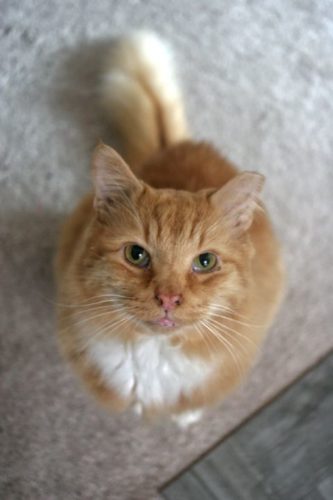 After buckets of tears I did what was right for Dr. Krieger and placed him back into the loving care of the Furkids FIV+ suite. I loved him dearly, but it became obvious that he wasn’t happy with us. He was definitely a throw back Siamese. Way back to the guarding temples era. My husband said he’d made the entire house his temple, I was his monk, and every other person in the house was a ninja trying to sneak in. He would get frustrated with me because I was doing absolutely nothing to help him protect me.

The incredibly kind Furkids volunteers and their dedication to finding him the perfect home (one where he can be the only four legged resident) is the only reason I was able to leave him. He is amazing and will make someone incredibly happy. 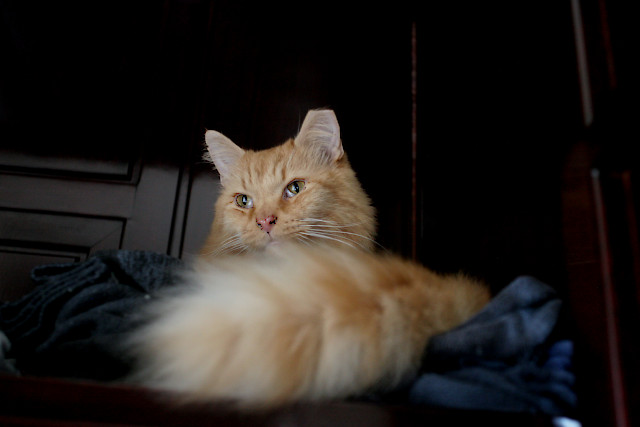 As luck would have it one of the volunteers contacted me within a week. She was fostering a big orange kitty who just so happened to be on my initial short list. She asked if I wanted to come meet him so of course I said yes. He is a giant floofball of love. His fur is softer than a chinchilla. I never thought we’d find a cat more laid back than Sterling, but we have. 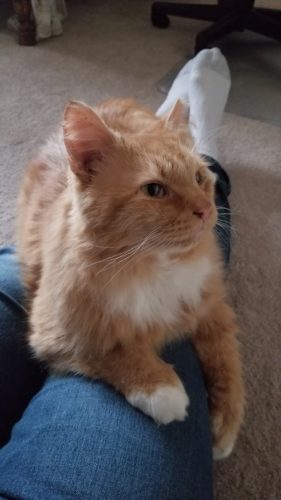 He has toe floofs. TOE FLOOFS. I am so incredibly honored that his foster mom chose us for his forever family. I now have two, perfect house panthers to trap me in my chair and make me write, and one goofy dog to make sure I take breaks. 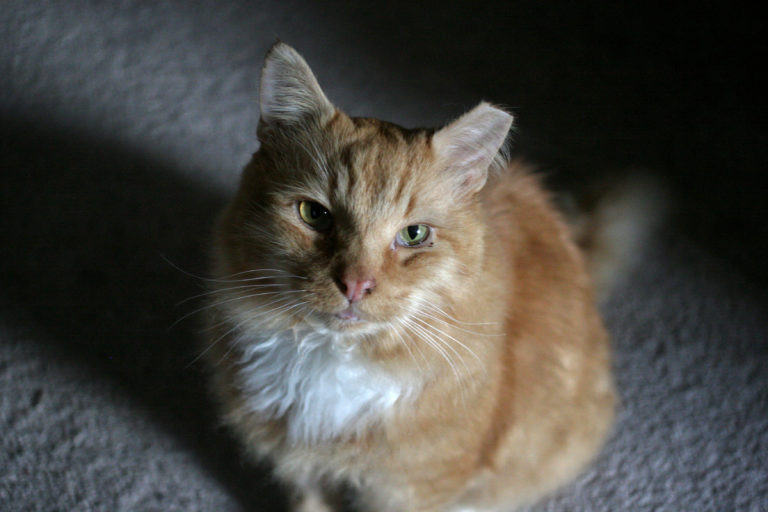 When I was younger, mom and I had a Manx named Hika. At the very end of her nose, right where the fur stopped, she had a darker bit. I can’t tell you how long mom and I scrubbed at that poor cat’s nose with washcloths before we realized it was part of her fur.

I caught myself doing the same thing with those two dots at the corner of his left eye. They look like dried wet food, or eye boogers, but I suspect they are darker fur or maybe freckles. I’m not entirely convinced in either direction, but seeing as how he’s had the same two dots in the same place since I first saw him back in December, I’m leaning toward it being part of him. In any case, I’m certain he’ll be relieved when I stop trying to scrub them off.

Pictures of Agent will join those of Sterling and Mouse in their domination of my Twitter and Instagram. 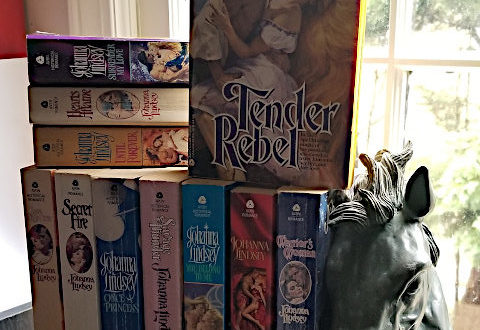 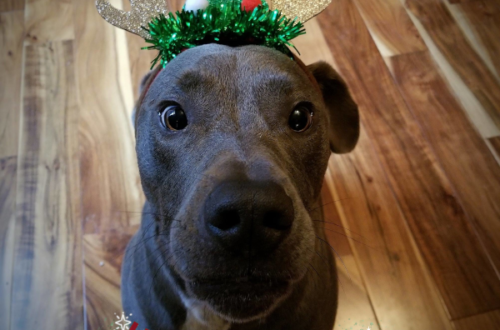